Four Functions Of the Mind 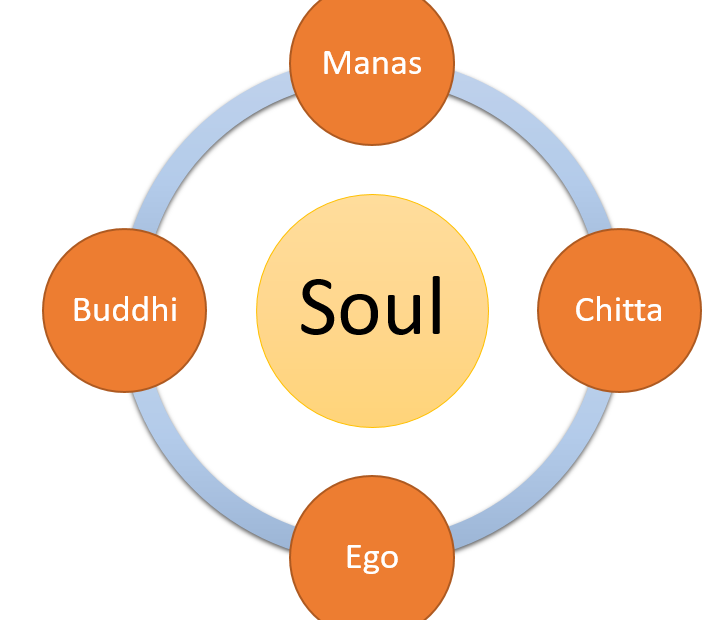 Swami Rama explains in his own words the four functions of the mind.

Manas
Sensory, processing, moving, speaking. The direct supervisor of the senses. Manas is not used as a decision maker but to direct the active and cognitive senses.

Chitta
Chitta is the memory bank of our impressions and experiences. If you pay attention to your stream of thoughts, you will find they come from somewhere, they come from the Chitta.

Ahamkara (Ego)
Identity of person. I am a girl, I am a boy, I am a doctor, etc. Using the Manas and Chitta together to form expressions.

Buddhi
The higher aspect of the mind, the doorway to inner wisdom, the decision maker. Buddhi can become clouded over by colorings and impressions from the chitta.

Why Understand These Four Functions Of The Mind?

Understanding the four functions is important to be able to work toward becoming the witness of them.

Imagine the four functions as spokes on a tire and the soul being the hub. You want to be able to observe these 4 aspects from which thought, emotions, and experiences arise, as the hub or soul. This is the key to self-realization.

As you learn to witness these four aspects you will begin to establish coordination between them.

Coordinating the Four Functions Of The Mind

Watch the mind’s functioning through actions and speech. Observe the thought processes as this happens.

By doing this you reveal the underlying thought process of the mind. It’s like taking a mirror to yourself.

Exercise: While observing actions and speech, observe the thought process within, by observing:

How To Practice Coordination Of The Four Functions?

Practice during meditation and make it a habit to follow this through your daily routine. It may take some time to learn but as you do you will being to see a heightened awareness and a sense of inner peace.